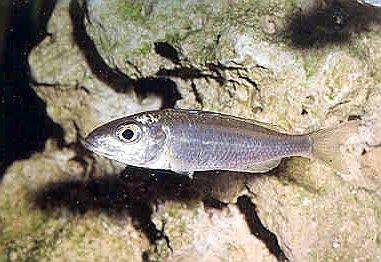 In the wild, Xenotilapia leptura is an algae eater; reproduce this in the aquarium by feeding a high vegetable diet. Spirulina and lettuce, peas etc. are ideal. Occasional treats of Cyclops and Brine Shrimp should also be offered.

There are no coloration differences, but the males tend to be slightly larger than the females.

To control aggression, large numbers of these should be housed together. Fine sand should be added to the tank for a substrate along with plenty of rockwork. It is best to purchase a group of these fish initially and let them form their own pairs.This fish can be found as Asprotilapia leptura too.