How to keep Goldfish and keep water at high quality level

This page is devoted to water quality in a Goldfish tank. You're welcome to share your experiences or ask questions in case they haven't been answered on this page! Use a form at the bottom of this page for this purpose, please. You should also visit these pages: Goldfish - Care, Types and Pond Fife with FORUM, Carassius auratus auratus profile with FORUM, Goldfish FAQ, Goldfish diseases.

Setting Up an Aquarium with High Quality Water:

When setting up a new aquarium it is important to first start with a large, clean aquarium. Goldfish have the potential to grow very large for aquarium fish and will thrive in a pond or very large aquarium of no less than 75 gallons of water. Never use detergents or any type of cleanser to get the inside of your fish tank clean. Scrubbing any fish equipment with a rough sponge or brush should work just fine. Chemicals of any kind should never be used in a fish tank unless they are specifically made for aquarium use, in which case they should be used sparingly, only as directed, and only as a last resort. It is very important to have a properly working filtration system running in your aquarium long before you ever add any fish. This allows time for the biological filter to establish itself and control all of the ammonia and nitrite levels.

Routine aquarium maintenance is so important to the health and well-being of goldfish or any fish. Testing aquarium water for pH, chemicals and hardness will help to detect problems before they escalate into an out of control incident. A simple, adhesive thermometer attached to the outside of the aquarium will help you keep track of the water temperature to ensure your goldfish are not too hot or too cold. Regular cleaning of the inside of the aquarium can be done to minimize algae growth while performing frequent partial water changes to remove chemicals and wastes. These are all crucial elements for optimal quality goldfish water. Goldfish are messy fish due to their lack of a stomach. When a goldfish eats, the food is crushed in their mouth and sent straight to their digestive tract. Since there is no stomach to break down the food their nutrients must be quickly extracted from their food before it exits the goldfish’s intestines. Because food needs a lot of time to be broken down in the body, most of their food ends up as waste, thus giving the goldfish the reputation of being messy. One common mistake with goldfish is overfeeding. It is very important not to feed goldfish more than they can eat within a few minutes. Any leftover food floating in the water will cause cloudiness and chemical buildups. Those are both very bad when trying to achieve high quality goldfish water.

Certain types of goldfish food are considered better than others based on how efficiently the fish can digest it. The quicker a goldfish can digest its food the more vitamins and nutrients the fish will absorb before the rest is expelled as waste. The more completely a goldfish can digest its tasty morsels of food, the less waste you can expect to pollute the water in the fish tank. So if you carefully choose good foods for your goldfish you can expect your aquarium water to remain cleaner for longer. Do not be afraid to compare food labels while you are in your local pet store buying goldfish food. Foods high in carbohydrates are good for goldfish because they are quicker to digest than proteins, although it is a good idea to provide a good amount of veggies in their diet to aid in the digestive process. Goldfish are coldwater fish which means they thrive in lower water temperatures than most other tropical fish. A goldfish can survive in water temperatures as cold as 50°F and as warm as 77°F. The optimum water temperature to raise goldfish in is somewhere between 68-75°F. In warmer months it might be difficult to control the water temperatures without the use of an aquarium chiller. Such a device can be found online or in aquarium retail stores that specialize in marine aquarium or pond supplies. Chillers can be fairly expensive when compared to the cost of aquarium heaters, but they are definitely worth it if it preserves the health and well being of your goldfish. Aquarium chillers can be set to the specific temperatures needed for your goldfish. They extract heat from the aquarium water releasing it into the atmosphere. It is not uncommon for the area around an aquarium chiller to get pretty warm so it is a good idea to place the chiller in a well aerated space where nothing is touching it.

It takes as little as 3 weeks to establish the nitrogen cycle but it can take as long as 8 weeks. The water quality and health of your goldfish will depend greatly on your understanding of the nitrogen cycle when starting a new aquarium.

Ammonia is a chemical that is highly toxic to fish even if it present in the smallest amount. Fish excrete ammonia into their surroundings through their gills and feces. It is also a product of decaying plant matter and uneaten fish food. Nitrite is another chemical that is also very toxic for fish if there are detectable amounts present in the water. Nitrite becomes present in the aquarium as the ammonia is metabolized by nitrifying bacteria. In a well established aquarium there is one group of bacteria whose job is to take ammonia and convert it into nitrite. There will then be a second set of bacteria present whose job will be to convert that nitrite into nitrate. It is ok for there to be small amounts of nitrates present in the aquarium water but in order to maintain quality water for your goldfish, partial water changes should be done roughly once a week.

Fishless cycling is a method of developing nitrifying bacteria without sacrificing the first few fish to initiate the process. In order to start the development of ammonia metabolizing bacteria there must first be ammonia present. With the filtration system in place and running, and the aquarium heater set at 80-85°F, 5 drops of pure ammonia is added to the aquarium water. Using the ammonia test from a master test kit, test the ammonia levels in the aquarium each day. After each test is done add 5 more drops of ammonia to the aquarium. When the ammonia metabolizing bacteria colony is established you will notice a sudden drop of ammonia when conducting the ammonia test. It is important to keep adding ammonia in order to sustain the presence of this bacteria type. Now start testing for nitrites each day all the while adding the same daily dose of ammonia. As you have seen the detectable ammonia levels drop you will suddenly see the detectable nitrite levels drop. This indicates the presence of all the nitrifying bacteria you will need to start a successful goldfish aquarium. At this point you can stop adding ammonia and conduct your first partial water change to remove some of the nitrates produced by the bacterial colony. Test the water once more to verify it is of great quality and then the goldfish can be added to the aquarium to live long and happy lives. 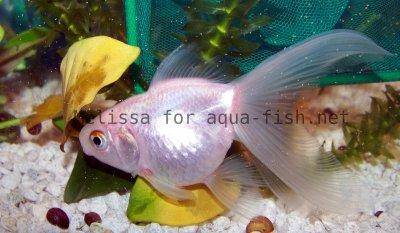