This page is devoted to raising Marble pleco in fish tanks; We tried to cover everything including tank setup, diet, compatibility and other aspects too, however you're welcome to ask at the bottom of this page in case you can't find answer on your question on this page. Sharing experiences and ideas is welcome too!

The Glyptoperichthys gibbiceps is a species more commonly known as the Marble Pleco. This species is also referred to as the sailfin pleco or the leopard pleco.

The Marble Pleco is an herbivore and should be fed a variety of algae and veggies. Aside from the algae already growing in the aquarium, algae wafers or pellets can be used as extra nourishment for this sucker fish. Spirulina, which is blue - green algae, is an excellent source of nutrition with many health benefits. If you want to feed your Marble Pleco veggies, soften some peas, spinach, lettuce or cucumbers by boiling for a few minutes. This species can also be conditioned to accept meaty foods but do not forget to provide them with the much needed nourishment of the greens that will aid in digestion. Marble Plecos also need a small amount of wood in their diet. The cellulose which is what wood is made of is a key element for digestive function in a pleco.

The Marble Pleco is not very particular about the condition of their tank water. They can adapt to a variety of different requirements based on the needs of their tank mates. Just remember to make these water condition changes gradually in order to give your Marble Pleco time to adjust. Because they are so adaptable they make great community tank members with so many different species. Keep the water temperature between 72 and 82° F, with a pH somewhere between 6.5 and 7.5, slightly acidic to slightly alkaline. Keep the hardness of the water somewhere between 5dH and 20dH although the optimal water hardness level is somewhere closer to 12dH. The aquarium should be no less than 4 feet in length which is slightly on the small side for a fully mature specimen. Always make sure to keep the water fresh and well oxygenated, a slight current would help to preserve some of their natural environment feel since they come from areas with slow to quick moving waters.

Mature specimens of the G. gibbiceps do not get along with one another. It is best to keep just one because of its mature size but ideally, if you wanted to keep more than one, be sure to provide enough territories for each one to retreat to. This fish is not usually aggressive unless it is toward another Marble Pleco. Suitable territories and hiding places include caves that can be formed by logs or rocks that are large enough for a mature specimen to retreat to. The substrate should consist of large, smooth gravel so a Marble Pleco can achieve enough suction to remove algae growing at the bottom of the aquarium. Flat, broad leaf plants also make a convenient grazing spot for this species when young. Do not worry about the pleco eating your plants if they are well fed. They would prefer algae over aquatic plants. If you do have problems with this species munching on your aquarium plants there is always the option of switching to plastic plants. Wood should also be a part of the décor in an aquarium containing a Marble Pleco. As mentioned before, the cellulose in wood is important to the digestive health of this fish.

This species is endemic to South America, mainly the Orinoco and Amazon River Basins.

The G. gibbiceps is a very attractive looking fish that will immediately catch the eye of anyone who gazes into the fish tank. They have a black to dark chocolate skin tone with cream colored circular outlines that make up the pattern that earned this pleco the common names “Marble” and “Leopard”. The dorsal fin of this species is very tall and looks like a sail when it is fully extended. The Caudal fin is also pretty large when it is at full extension, and together with the extended dorsal fin this can be a very intimidating fish to other tank mates. The flat bottom of this fish allows for easy resting on the bottom of the aquarium in conjunction with a round, cupped mouth that is perfect for grazing on algae over flat, broad surfaces. The Marble Pleco has the potential to reach a total of 19 inches in length and should not be added to just any aquarium. This slow growing fish can take years to reach its mature size.

Locking pectoral and dorsal fins defend the Marble Pleco against predators by making it hard for other fish to swallow them. They also have tough, scaly skin which makes it hard for larger predators to chew, grind, or digest them.

The Marble Pleco can live for approximately 15 years. Healthy specimens with continuous quality care may be able to last a few years longer.

There is very little difference between the males and the females when it comes to appearance. The female may appear slightly larger and rounder when compared to the male but this is an unreliable method. A trained eye would be able to examine the genitalia of a Marble Pleco and be able to distinguish between males and females.

Marble Plecos are not easy to breed in the aquarium. In the wild they usually dig out a large pit or cave in the river banks to lay their eggs. The male becomes the guardian of the eggs and fry until they are old enough to take care of themselves. There are professional breeders in Asia, the United States and Australia that set up breeding ponds with earth walls for the Marble Plecos to procreate. They create all the right conditions necessary to induce the spawning of these magnificent creatures.

The G.gibbiceps is a non-aggressive fish that can be placed in an aquarium with virtually any species. It can be trusted with smaller fish as well as hold its own against larger, moderately aggressive fish. The only species that would be advised against in the same tank is another Marble Pleco or similar species because they tend to not get along with one another. Although they show aggression towards one another, they never do much damage physically. The angry pair would face off and bump each other a little until one decides to back down from the confrontation. To keep stress levels down it is best to limit one Marble Pleco per aquarium. 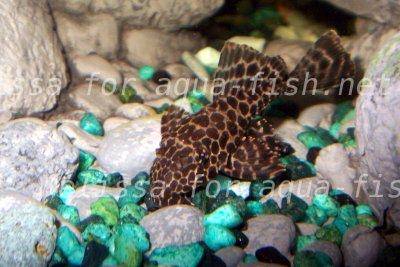 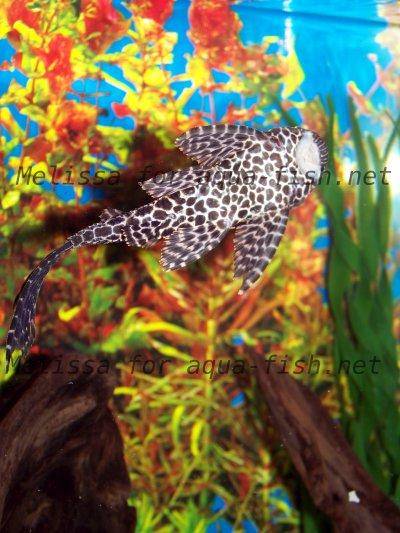