This article is focused on snails that can be found in fish tanks the most; With FAQ, pictures and forum. You're welcome to share your experiences regarding keeping aquatic snails at the bottom of this page. You should also visit the following articles: Mystery snails with user experiences and forum, Ramshorn snails with forum!

Aquarium snails are animals that are amphibious which means they can live both on land and in water. This kind of snails are mollusks, meaning they are animals that have neither a skeleton nor an exoskeleton, so they have adapted another form of protection for their soft bodies. This protection comes from a single, spiral shaped shell into which they can draw themselves inward at any sign of danger. The fact that aquarium snails have just one single shell classifies them as gastropods. The snail’s shell which is made of calcium carbonate grows as the snail grows. Just as humans need calcium for strong teeth and bones, snails need calcium for a strong outer shell. The operculum is the outer “trap-door” like structure that is used to close up and seal the snail’s shell to prevent harm or dehydration. A snail uses its muscular foot for mobility and movement. This foot is lubricated with mucous to reduce friction and protect the snail from being injured on sharp surfaces. Some snails are gilled and breathe oxygen diffused from the water, while other snails have lungs to breathe oxygen from the atmosphere.

Many different types of aquatic snails appear in hobbyist aquariums either on purpose or by accident. They can be either harmful or helpful in your fish and plant environment; it all just depends on how you identify the situation. Aquarium snails can prove to be a big help when it comes to keeping the tank clean and free of debris. Most snails are a breeze to feed because they are scavengers who will eat leftover food that falls into the substrate as well as dead animals and decomposing plants that otherwise pollute the aquarium. One example of this is the Malayan Live Bearing Snail, which likes to feed on scraps of food and dead plant matter that become embedded in the gravel on the bottom of the tank. Snails can also pose a real threat to the plants and other species in the tank if the aquarist does not consider the nature of the snail species. The pond snail is a highly reproductive species that prefers to eat live plants fairly rigorously instead of dead plant matter, making it an unsuitable candidate for most planted aquariums. This snail will take over any aquarium before you know it if you do not carefully control the population.

Transferring aquatic plants into the aquarium can be an unexpected way to introduce snails to your tank environment. If snails are a problem in your aquarium you might want to consider treating your plants to a warm, salty bath for up to 10 minutes then rinse thoroughly before placing them in with your fish. Many snails are hermaphroditic which means they can reproduce on their own which is exactly the reason they tend to be bothersome pests. Some snails have the ability to change sex while others have the ability to fertilize their own eggs. They reproduce at rapid rates which can place you in a predicament when trying to be rid of them.

Getting rid of snails

One way to get rid of a number of snails is to place a plate of food disks on the bottom of the tank at night. The snails gather on the plate to eat when the lights are out so you can remove the plate and all of the snails on it. The key is to remove the plate before all the snails slither back off into the substrate. This method only works to eliminate some of the population, not all of it. If there is even one snail left in the aquarium you could possibly end up with an overly populated tank again causing you to have to repeat the process or find a new system of removal. Another common population control method is to place several Clown loaches in the tank. This natural predator can skilfully extract the soft animal from its protective shell to quickly and effectively control an entire snail population with little to no work on your part. Although loaches cannot be trusted with these misunderstood creatures there are some non aggressive species such as guppies and tetras that are able to coexist with aquarium snails.

As previously mentioned, snails can be an asset or a pest when it comes to aquarium maintenance. The species of snail can contribute greatly whether they are a problem or a solution.

The apple snail is among the most common snail sold in the aquarium industry yet many people consider this species to be a pest. When given the right conditions and fed the right foods, this plant eater can grow up to 6 inches in diameter. There are several variations of the apple snail that come in a few different colour combinations such as yellow, brown, blue and grey. This snail species is not hermaphroditic so both sexes are required in reproduction. 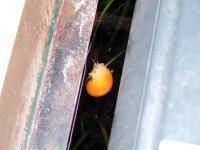 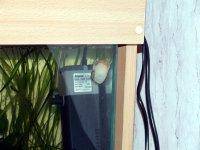 The pond snail is not a common species to attain from aquatic retailers. This species is looked at as more of a pest than an asset. Hermaphroditic and a quick reproducer, the many variations of pond snails are capable of taking over a new body of water fairly quickly. They can devour plants at an alarming rate and will not hesitate to do so. Although this is an aquatic species, the pond snail requires exposure to atmospheric oxygen in order to survive.

The Ramshorn snail is named for the shape of its shell which looks like a “ram’s horn”. This aquarium snail is quite capable of quick reproduction and likes to eat plants just like the pond snails do. This species is often considered a pest and can grow to almost two inches in diameter. You can find brown or black ramshorn snails quite easily but sometimes they can be red or even checker-patterned. These air breathers prefer to eat algae but they will also go for bits of uneaten food or plant matter. 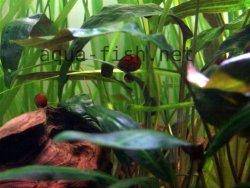 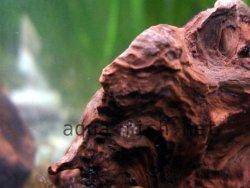 The gem of the aquarium snail scene is the Malayan live bearing snail or the trumpet snail. This brown snail with red spots has a very pointed spiral shell and likes to eat scraps of fish food and debris. As one of the smaller snail species, their nocturnal behaviour and preference to be concealed in the substrate can hardly make them pests. They dig up and out of the gravel when it is dark to feast on items you do not want in your aquarium to begin with. At the first sign of light these snails burrow back down into the substrate to await darkness once again. This is the ideal species to have as your aquatic “house keeper”. This live bearer will produce up to 70 offspring at a time so it is still important to control the population of this snail species just like any other.

Feel free to visit Care of Ornamental Snails at firsttankguide.net too!

We added the following questions and answers here on March 18th 2011 due to merging aqua-fish.net/answers with other content of our website. You're welcome to post your own questions in case they're unique; We will gladly help you, simply use the form at the bottom of this page, please. (some of the below-shown answers may have been partially mentioned in the article above, but we'll rather give you a list of questions, because they're easy to read - one doesn't have to search for answers within sentences)