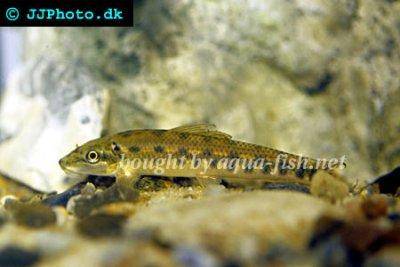 The Chinese Algae eaters are often bought as juveniles to become tank cleaners as the will consume any algae present in the tank, as these fish mature they will become territorial and aggressive to other tank mates. If you wish to keep these fish long term it is recommended that they are housed in a species only tank to prevent injuries or loss of other fish.

When first added to the aquarium they may be a little skittish and hide away initially, this is perfectly normal, adding plants to the aquarium and various sized rocks to provide hiding places should make them feel more secure and gradually they will become confident enough to swim around most of the time.

As juveniles they are herbivorous fish but as they mature, their dietary requirements will change and they will need some meaty foods included into their diet. The vegetable content of the diet should consist of algae wafers if there is no algae present in the aquarium, peas, courgettes or spinach. Meaty foods can be offered by providing blood worms, daphnia or other frozen/live foods. Spirulina flake will also be accepted readily.

The general rule for sexing these fish is that females tend to have a rounder body shape compared to males but this is a general rule and as is often the case there can be some males mistaken for females.

You'll need patience and a lot of luck. These are not the easiest of species to breed and are generally left to experienced breeders for any results. In the Far east they are bred successfully but with the aid of hormone treatments. The mortality rate of the fry is expected to be high if you are lucky enough to have these breed in your own aquarium. Try to copy their natural habit; Lots of plants especially. They're egg-layers. The fry hatch in 2-3 days. Newborns like to eat algae and fallen food.

The following answers were moved here from aqua-fish.net/answers due to merging.

Where do Chinese algae eaters lay their eggs?

Answer: Only accidental spawning has occurred in captivity, so at this point no one really knows, and the fish must continue to be caught in the wild.

What fish is commonly mistaken for the Siamese algae eater?

Bought by aqua-fish.net from jjphoto.dk. Two pictures were provided by pitugo.